LONDON — After two years of civil war, support for the regime of
Syrian President Bashar Assad was said to have sharply increased.

NATO has been studying data that told of a sharp rise in support for
Assad. The data, compiled by Western-sponsored activists and organizations,
showed that a majority of Syrians were alarmed by the Al Qaida takeover of
the Sunni revolt and preferred to return to Assad, Middle East Newsline reported.

“The people are sick of the war and hate the jihadists more than Assad,”
a Western source familiar with the data said. “Assad is winning the war
mostly because the people are cooperating with him against the rebels.”

The data, relayed to NATO over the last month, asserted that 70 percent
of Syrians support the Assad regime. Another 20 percent were deemed neutral and the remaining 10 percent expressed support for the rebels.

The sources said no formal polling was taken in Syria, racked by two
years of civil war in which 90,000 people were reported killed. They said
the data came from a range of activists and independent organizations that
were working in Syria, particularly in relief efforts.

The data was relayed to NATO as the Western alliance has been divided
over whether to intervene in Syria. Britain and France were said to have
been preparing to send weapons to the rebels while the United States was
focusing on protecting Syria’s southern neighbor Jordan.

A report to NATO said Syrians have undergone a change of heart over the
last six months. The change was seen most in the majority Sunni community,
which was long thought to have supported the revolt.

“The Sunnis have no love for Assad, but the great majority of the
community is withdrawing from the revolt,” the source said. “What is left is
the foreign fighters who are sponsored by Qatar and Saudi Arabia. They are
seen by the Sunnis as far worse than Assad.” 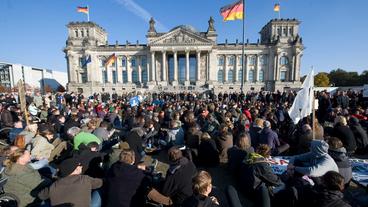