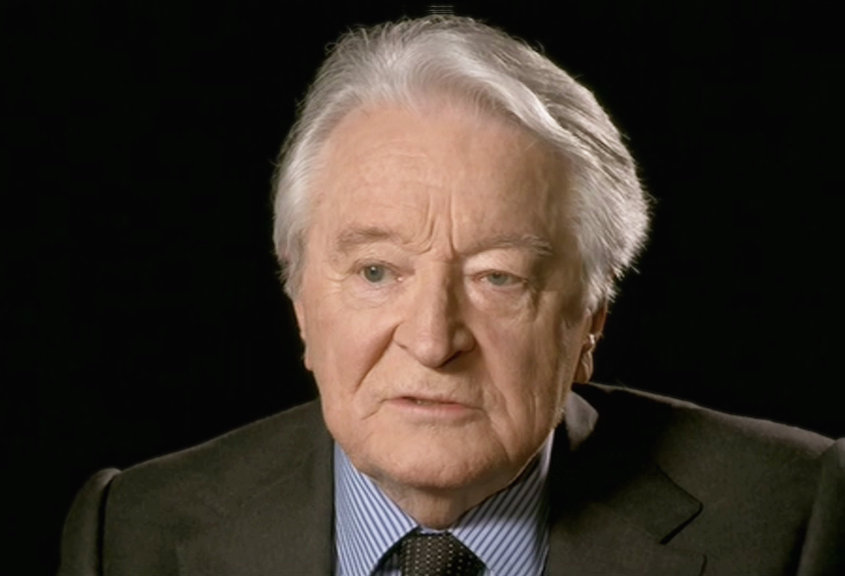 Former French Foreign Minister: The War against Syria was Planned Two years before “The Arab Spring”

‘’ I’m going to tell you something. I was in England two years before the violence in Syria on other business. I met with top British officials, who confessed to me that they were preparing something in Syria.

This was in Britain not in America. Britain was organizing an invasion of rebels into Syria. They even asked me, although I was no longer minister for foreign affairs, if I would like to participate.

Naturally, I refused, I said I’m French, that doesn’t interest me.’’

Dumas went on give the audience a quick lesson on the real reason for the war that has now claimed the lives of tens of thousands of people.

‘’This operation goes way back. It was prepared, preconceived and planned… in the region it is important to know that this Syrian regime has a very anti-Israeli stance.

Consequently, everything that moves in the region- and I have this from the former Israeli prime minister who told me ‘we’ll try to get on with our neighbours but those who don’t agree with us will be destroyed.

It’s a type of politics, a view of history, why not after all. But one should know about it.’’

Dumas is a retired French foreign minister who is obliged to use discretion when revealing secrets which could affect French foreign policy. That is why he made the statement ‘I am French, that doesn’t interest me’.  He could not reveal France’s role in the British plan as he would be exposing himself to prosecution for revealing state secrets.

There have been many disinformation agents in the British and French press, many of them well known ‘leftist’ war correspondents and commentators, who have tried to pretend that Israel secretly supports Assad.  Those who make such arguments are either stupid, ignorant or deliberate disinformation agents of NATO and Israel.

Israel’s support for Al Qaeda militants in Syria has even been admitted by the mainstream press. For example, Germany’s Die Welt newspaper published a report on June 12th on Israel’s medical treatment of the Al Qaeda fighters.

Israel planned this war of annihilation years ago in accordance with the Yinon Plan, which advocates balkanization of all states that pose a threat to Israel. The Zionist entity is using Britain and France to goad the reluctant Obama administration into sending more American troops to their death in Syria on behalf of Tel Aviv.

Of all the aggressor states against Syria, Israel has been the quietest from the start. That is because Laurent Fabius, Francois Holland, William Hague and David Cameron are doing their bidding by attempting to drag Israel’s American Leviathan into another ruinous war so that Israel can get control of the Middle East’s energy reserves, eventually replacing the United States as the ruling state in the world. It has also been necessary for Tel Aviv to remain silent so as not to expose their role in the ‘revolutions’, given the fact that the Jihadist fanatics don’t realize they are fighting for Israel.

This is the ideology of Zionism which cares no more for Jews than it does for its perceived enemies.   The Jewish colony is determined to become a ruling state in the Middle East in the insane delusion that this will enable it to replace the United States as a global hegemon, once the US collapses fighting Israel’s wars.

Israeli Prime Minister once told American talk show host Bill Maher that the reason why Israel always wins short conflicts, while the United States gets bogged down in endless wars. ‘’ The secret is that we have America’’, he said.

But Israel is itself slowly collapsing. If one excludes the enslaved Palestinian population, the Jewish state still has the highest level of poverty in the developed world with more and more Jews choosing to leave the ‘promised’ land, a garrison state led by mad men, an anti-Semitic entity threatening to engulf the world in war and destruction. Israel cares no more about its own working class Jews than any other ethnic community.

In fact, if the Likudnik crooks running the Israeli colony get their way, working class Israelis will be among the first to pay as they are conscripted to fight terrorists created by their own government. With orthodox Jews protesting in the streets of New York against Israel and Haredi Jewish minority opposing Israel’s rampant militarism, Zionism is coming under increased attack from Jewish religious authorities and non-Zionist Jews both inside and outside of the occupied territories.

This is not the first time that Roland Dumas has spoken out against wars of aggression waged by successive French regimes. In 2011 he revealed that he had been asked by the United States when he was foreign minister in the Mitterrand administration to organize the bombing of Libya. On that occasion the French refused to cooperate.  Dumas, a lawyer by profession, offered to defend Colonel Gaddafi, at the International Criminal Court in the event of his arrest by Nato.

Dumas was also vocal in condemning France’s brutal neo-colonial bombing of the Ivory Coast earlier in 2011, were death squads and terrorists similar to those later deployed in Libya and Syria were unleashed upon the Ivoirian population in order to install a IMF puppet dictator Alassane Quattara in power. Gbagbo was described as one of the greatest African leaders of the past 20 years by Jean Ziegler, sociologist and former member of the Advisory Committee of the UN Human Rights Council.

Gbagbo had plans to nationalize banks and wrest control of the country’s currency from the colonial finance institutions in Paris. He also wanted to roll back many of the worst effects of IMF restructuring by nationalizing industries and creating a functioning, universal free health service. All of this threatened the interests of French corporations in the former French colony. So, the Parisian oligarchy went to work to find a suitable replacement as caretaker of their Ivoirian colony.

They sent in armed terrorist gangs, or ‘rebel’s in the doublespeak of imperialism, who murdered all before them while the French media blamed president Gbagbo for the violence that ensued. Gbagbo and Gaddafi had opposed Africom, the Pentagon’s plan to recolonize Africa. That was another reason for the  2011 bombing of their two African countries.

The formula is always the same. Imperialism backs ‘rebels’, whenever its interests are threatened by regimes that love their country more than foreign corporations.  One should not forgot that during the Spanish Civil War of 1936, General Franco and his cronies were also ‘rebels’ and they, like their counterparts in Libya in 2011, were bombed to power by foreign powers, replacing a progressive, republican administration with fascism.

There are pro-Israeli fanatics in France who have used the analogy of the Spanish Civil War as justification for intervention in Libya and Syria. The pseudo-philosopher Henry Bernard Levy is one of them.  Of course, the ignoramus Levy doesn’t realize that the reason France, England and the USA did not officially intervene in the Spanish Civil War is because they were covertly helping the ‘rebels’ from the start. They enabled arms shipments to the Francoist ‘rebels’ while preventing arms deliveries to the Spanish government, who, like Syria today, were helped by Moscow. Anyone who has studied the Spanish Civil War knows that all the imperialist countries wanted Franco as a bulwark against communism.

There is nothing imperialism loves more than a rebel without a cause. What imperialism hates, however, are revolutionaries. That is why the ‘rebels’ which imperialism sends into other countries to colonize them on behalf of foreign banks and corporations, have to be marketed as ‘revolutionaries’ in order to assure the support of the Monty Python brigade of petty-bourgeois, ‘ leftist’ dupes such as Democracy Now! and their ilk.

Dumas is not the only top French official to denounce the New World Order.  Former French ambassador to Syria Michel Raimbaud wrote a book in 2012  entitled ‘Le Soudan dans tous les états’, where he revealed how Israel planned and instigated a civil war in South Sudan in order to balkanize a country led by a pro-Palestinian government. He also exposed the pro-Israeli media groups and ‘human rights’ NGOS who created the ‘humanitarian’ narrative calling for military intervention by the United States in the conflict.

There are many more retired French officials who are speaking out about the ruinous policies of this French government, including the former head of French domestic intelligence Yves Bonnet. There have also been reports of dissent in the French armed forces and intelligence apparatus.

After the assassination of Colonel Gaddafi in October 2011, the former French ambassador to Libya Christian Graeff told French radio station France Culture that it was responsible for the diffusion of lies and war propaganda on behalf of Nato throughout the war.  Graeff also warned the broadcasters that such disinformation could only work on the minds of serfs but not in a country of free minds.

The power of the Israeli lobby in France is a subject rarely discussed in polite circles. In France there is a law against questioning or denial of the holocaust. However, denial of the Korean holocaust, Guatemalan holocaust, Palestinian holocaust, Indonesian holocaust and the dozens of other US/Israeli supported genocides is not only perfectly legal but is the respectable norm.

The same lobby which introduced the Loi Gayssot in 1990, effectively ending freedom of expression in France, would also like to ban any independent investigations of genocides whose narratives they have written, such as the Rwanda genocide, where Israel played a key role in supporting the ‘rebels’ led by Paul Kagame, who invaded Rwanda from Uganda from 1991 to 1994, leading to the genocide of both Tutus and Tutsis. Many serious scholars have written about the Rwandan genocide, which the Israel lobby repeatedly uses as a case study to justify ‘humanitarian’ intervention by Western powers.  The Zionist thought police would like to see such authors prosecuted for ‘negating’ imperialism’s disgusting lies on African conflicts.

Now, the Israeli Lobby is forcing the (their) French government to prosecute twitter messages which the lobby deems ‘anti-Semitic’. This is one further step towards the creation of a totalitarian state where any criticism of imperialism, foreign wars, racism, oppression, perhaps eventually capitalism itself could fall under the rubric of ‘anti-Semitism’.

These people are sick, and those who cow down to them are sicker. Perhaps the etymology of sickness, a word cognate with the German Sicherheit (security) according to dictionary.com, is not a coincidence. For what is particularly sick about our society is the cult of security,  endless surveillance, ubiquitous cameras, the cult of the all seeing eye, the prurient gaze as part of the incessant discourse on terrorism by those who specialize in the training of the very terrorists they claim to be protecting us from.  Whether or not the words security and sickness are linguistically related, they are certainly cognate in a philosophical sense.

Roland Dumas and others like him should be highly commended for having to guts to say what so many others are too morally corrupt, too weak and cowardly to admit.

As the French government and its media agencies drum up hysteria for war on Syria, Roland Dumas, now in the twilight of his years, is warning people of the consequences of not understanding where Israel is leading  the world. Will enough people heed the warning?